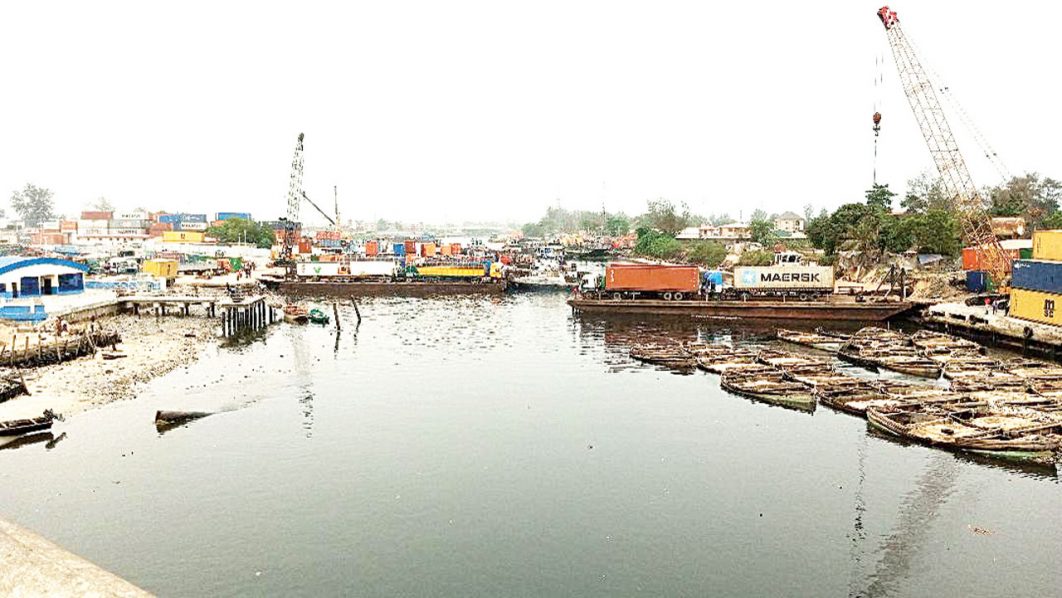 Depot operators under the aegis of Petroleum Products Depot Owners Association (PPDOA) have called on President Muhammadu Buhari and the Lagos State Governor, Babajide Sanwo-Olu, to order the reopening of the Waziri Jetty, which was closed controversially.The group also extended the appeal to the Minister of Transport, Rotimi Amaechi, and the National Assembly, urging them to compel the Nigerian Ports Authority (NPA) to reopen the jetty located along the Dockyard Road, Apapa.

According to the Executive Secretary of association, Patricia Okereke, a grave injustice is being perpetrated against members’ businesses. She said that despite subsisting court injunctions, the Port Manager, Apapa Ports Complex, Olufunmilayo Olotu, went ahead to lease Waziri Jetty to Leader Marketing Company, thus preventing PPDOA members from accessing it for their petroleum businesses.

“Olotu closed the Waziri Jetty in flagrant disobedience to a subsisting court injunction protecting our business from such debilitating and wanton action. The port manager has taken up illegalities against this injunction, which mandated that NPA, its agents, and/or assigns should not lease out the common user facility and should not interfere with our petroleum business by preventing use and/or access to the jetty,” Okeke said.

She said that to date, the vessels belonging to the PPDOA members are being prevented from using the jetty waterfront while Leader Marketing Company, which has partnered Clarion Shipping, a container company, has been given full access to utilise the jetty land for business.

The executive secretary explained that the court injunction was issued in 2007 when the members of the association protested against an attempt by the NPA to frustrate their businesses by leasing the asset.

She added that the manager’s action now requires that users would seek permission before using the facility for discharge operations.

Okereke said despite several letters from PPDOA reminding Olotu of the existing court injunction against her actions, she has remained adamant. She stressed that the action of the port manager has also endangered lives as members of the association can no longer service their pipes to guide against rust and fire.

Efforts to get Olotu’s response did not yield a result as she did not pick or return her calls. She did not also respond to message sent via SMS and WhatsApp.

admin - November 25, 2020
0
The corpse of a migrant has been found by Greece’s coastguard near a half-sunken boat at a beach on the Aegean island of Rhodes,...

Nigeria In Talks With World Bank Over $2.5bn Loan

Subscribe to our weekly newsletter below and never miss the latest product or an exclusive offer.

Containers
The Making Of A Million Smiles: Reflections on Rwanda’s Rise From The Ashes Kindle Edition

This book narrates the account of the 1994 genocide against the tutsi in Rwanda. it carefully highlights the historical perspective of Rwanda from the colonialist influence in its politics to the origin of the genocide war between the two major tribes, the Tutsi and the Hutu, thereby giving and understanding to how the tribes viewed each other, which layed the grounds for the 1994 genocide against the tutsi in Rwanda.

The book also discusses the AU intervention in the events preceding the crisis, the controversial role of the UN peacekeepers during the conflict, the Authors account of his experience in Rwanda and finally the state of Rwanda now with lessons for humanity.

Bill and Melinda Gates announce they are getting divorced

Oil Ends Week On a High Thanks To Saudi Output Cuts

Subscribe to our weekly newsletter below and never miss the latest product or an exclusive offer.

Peace Akinjiola - May 9, 2021
0
Share this ArticleLike this article? Email it to a friend!
Email sent!